A year ago this week, I spent 10 fabulous days in the northwest corner of Ireland.  County Donegal is one of the most beautiful and most rugged parts of Ireland that I’ve visited so far.  There are quite a few images from Donegal in my Ireland portfolio, as well as on my Facebook photography page, but in this blog post I’ll share a few never-before-seen images from my time in Donegal.

During my visit, I stayed at the Viking House Hotel, in Kincasslagh, and I spent most of my time exploring various locations along the Wild Atlantic Way.  I barely even scratched the surface of all there is to see in Donegal, though.  It is one of the larger counties in Ireland, and there are so many points of interest that it would take much longer than 10 days to cover it all.  Not to mention, the roads are very narrow and winding through much of the county, making even a short distance drive take longer than you’d expect.

Instead of trying to see it all, I decided to spend quality time at only a few locations so I could make a more meaningful connection to the landscape I was there to photograph.  With names like Murder Hole, Bloody Foreland, and the Poisoned Glen, Donegal possesses a unique aura and mystery all its own, and I was completely mesmerized with the immersive experience I had in this place.

It took me two tries to find Murder Hole (formally known as Boyeeghter Bay), but it was absolutely worth the effort.  After shooting down on the beach, I climbed up on top of this headland to shoot sunset, where I met another photographer.  It was a beautifully moving experience, and I had the privilege of sharing it with another like-minded soul. 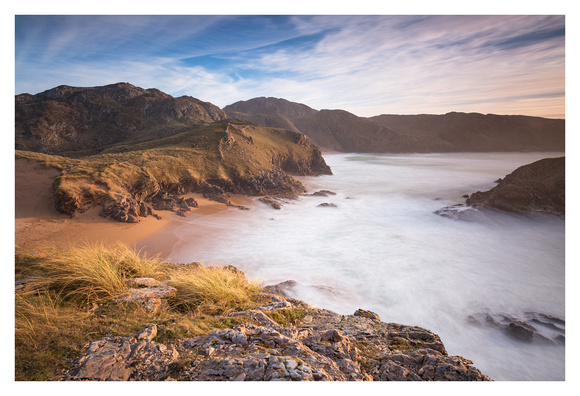 Donegal - Murder Hole, Boyeeghter BayPrints of all images are available in a variety of sizes and print medium options, such as premium photo paper, metal/aluminum, acrylic, and canvas.

Fanad Lighthouse is an iconic location, and most people familiar with Donegal will recognize it immediately.  I drove about an hour and a half from my hotel in Kincasslagh to Fanad Head to shoot sunrise one morning.  Many of my Irish photographer friends have photographed this location, so I was inspired and compelled to capture it for myself.  Once I wrapped things up here, I drove a short distance to another iconic location called the Great Pollett Arch, which features in the Game of Thrones series, and spent the rest of the morning there.  One of my images of the Great Pollett Arch can be found here in my Wild Light Ireland portfolio. Donegal - Fanad Lighthouse, Fanad HeadPrints of all images are available in a variety of sizes and print medium options, such as premium photo paper, metal/aluminum, acrylic, and canvas.

The name Bloody Foreland conjures up all sorts of interesting thoughts and ideas, and as daunting as the name may seem (named for the blood red color of the water at sunset), it is one of my favorite places in Donegal.  I spent three amazing evenings shooting sunsets at the Bloody Foreland.  It’s a rugged place where the waves of the Atlantic crash wildly against, and over, the rocks along the coastline, and as you look out to sea, you feel like you’re standing at the edge of the world.  This particular image is one I captured during an Explore Light photography masterclass workshop, with award winning Irish photographer Peter Gordon, and it is inspired by one of his own original images. 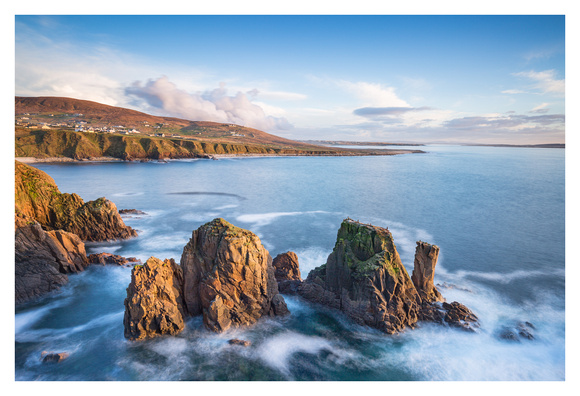 Donegal - Bloody ForelandPrints of all images are available in a variety of sizes and print medium options, such as premium photo paper, metal/aluminum, acrylic, and canvas.

The Cara Na Mara (Friend of the Sea), perhaps better known as Bád Eddie, is an iconic shipwreck at Bunbeg, near Gweedore.  The ship washed ashore in the 1970s on Magheraclohger Strand, and it has been slowly deteriorating over the years.  One side of the boat is basically missing, probably having been carried away by the tides.  During low tide, you can walk right out to the site, and I was able to do this on a couple of occasions while I was there.  Many of the images you see of this boat are from the ‘prettier’ side, and I’ve posted an image from that side before.  However, this image shows how much of the ship has been washed away over the years, and I feel it tells a different story than the images from the other side. Cara Na Mara (aka Bad Eddie), Bunbeg - Donegal, IrelandPrints of all images are available in a variety of sizes and print medium options, such as premium photo paper, metal/aluminum, acrylic, and canvas.

Finally, Cruit Island is a small island just across from the town of Kincasslagh.  I could see it out the window of my hotel room, and I spent some time there on a couple different occasions during my visit.  This image is one from a sunset shoot. Although the sunset really didn’t materialize the way I might have hoped for color, I like the moodiness of this image.  This is another image captured during the Explore Light workshop with Peter Gordon. 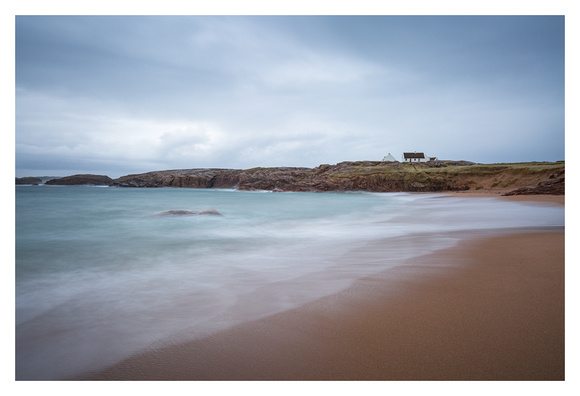 Donegal - Cruit Island, KincasslaghPrints of all images are available in a variety of sizes and print medium options, such as premium photo paper, metal/aluminum, acrylic, and canvas.

Each of these locations is indicated by a star on the map below. 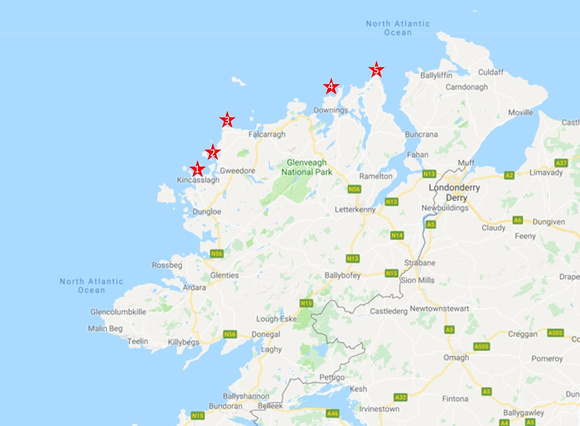 I've added each these images to my portfolio, so if you are interested in purchasing a print, you’ll find them there, or simply click on the image to be taken to the portfolio.